Nedbank Group is a reputable financial service provider in Africa and it is one of the largest in Africa today with its headquarters in South Africa. The company offers its customers both retail and wholesale banking services; some of the services provided here are highlighted below:

The Best trading websites in SA

The organization equally offers various subsidiaries, some of which are highlighted below:

All the above are owned by the Nedbank Group.

Nedbank Group is listed on the Johannesburg Stock Exchange and it is traded as JSE: NED. The bank started operation in 1888, March 1st, which makes it one of the oldest banks in Africa. The bank serves South Africa and its financial services are top-notch. Nedbank Group had total assets of ZAR 1 Trillion as of 30th June 2018, which makes it one of the biggest banks in South Africa in terms of market size. The number of employees as of 30th June 2018 was 31,592, making it one of the largest employers of labor in South Africa.

Additionally, the bank has representative offices in some other African countries, including Kenya and Angola. The reach of Nedbank Group is not limited to Africa; the bank also has a representative office in Dubai. The bank is in partnership with many top financial centers outside Africa via which hit offers varieties of international financial services for many Africa-based multinational companies, as well as companies in London, Jersey, Isle of Man and Guernsey.

The bank acquired up to 20% associate stake in Ecobank Transnational Incorporated in 2014. As of today, the Nedbank-Ecobank Alliance remains the largest banking network in the entire continent of Africa; it has over 2000 branches and located in up to 39 countries. The bank remains one of the most preferred by many South Africans and other Africans for depositing to their online trading account. The withdrawal process is also very fast and you will always get top-notch customer service as a registered customer of this bank.

Broker of the Month 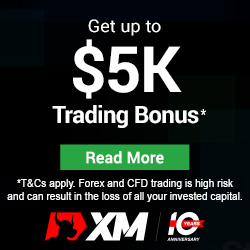